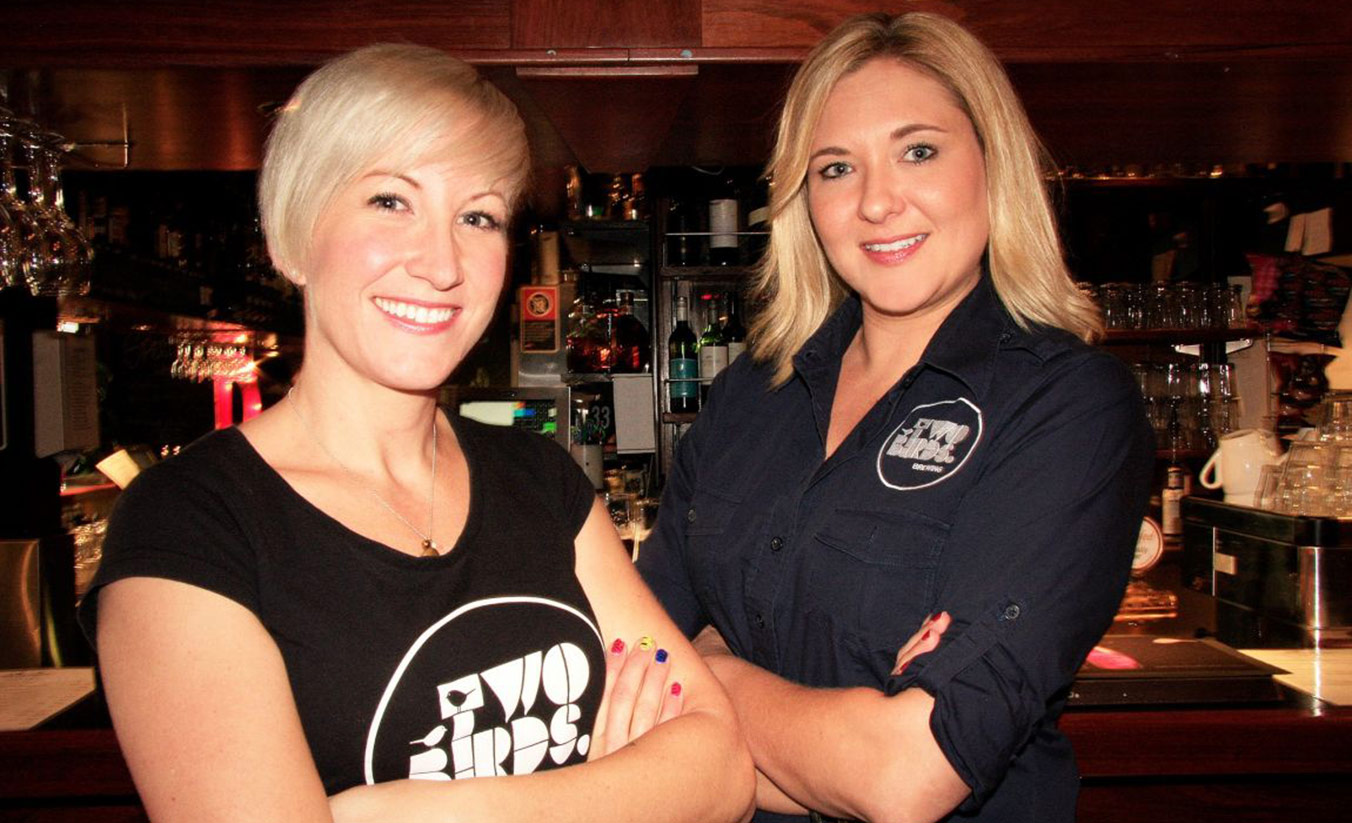 For a long time in Australia, beer came from a couple of sources, monolithic beer companies whose innovations pretty much extended to light and mid-strength varieties. Thankfully, the micro brewing revolution that took off in the US made its way to our shores, and we’re now awash in world-class boutique beers of our own.

Two Birds’ brewing philosophy is refreshingly straightforward: Allen and Lewis make beers they like to drink, brews that are clean and interesting while remaining approachable. Head brewer Jayne Lewis started out making wine in her native WA, before working on ciders with the fastidious team at Little Creatures, and then finishing up her decade-long brewing education at Matilda Bay and Mountain Goat.

The duo’s simple approach has served them well: since their inception, Two Birds has become one of the most popular craft beer brands in the country, and particularly in their adopted hometown of Melbourne.

Lewis and Allen met growing up in Perth, but it wasn’t until years later, in 2010, that they hatched a plan to start their own boutique beer operation. The inspiration came after a trip to the US, where they took in the west coast’s thriving craft beer scene. Six months later, they’d quit their full time jobs, and Two Birds was born. In 2011, Two Birds put out their first beer, the excellent Golden Ale, following up with the Sunset Ale, to enthusiastic responses from boutique beer nuts and regular drinkers alike.

In the founding years, Lewis and Allen moved around, using other people’s equipment to make their brews. Eventually, they found a home in Spotswood in Melbourne’s west, turning a former sheet metal factory (appropriately enough, the factory used to turn out beer can–making machinery) into a brewery and tasting room, known as The Nest. The Nest now includes a bar and an inventive beer-accompanying menu by chef Matt Beard, ex Park Lane Hotel London and One O One in Knightsbridge and Maha in Melbourne.

Two Birds now put out four main brews, in addition to a few co-productions and more limited lines. (You should try them all.) 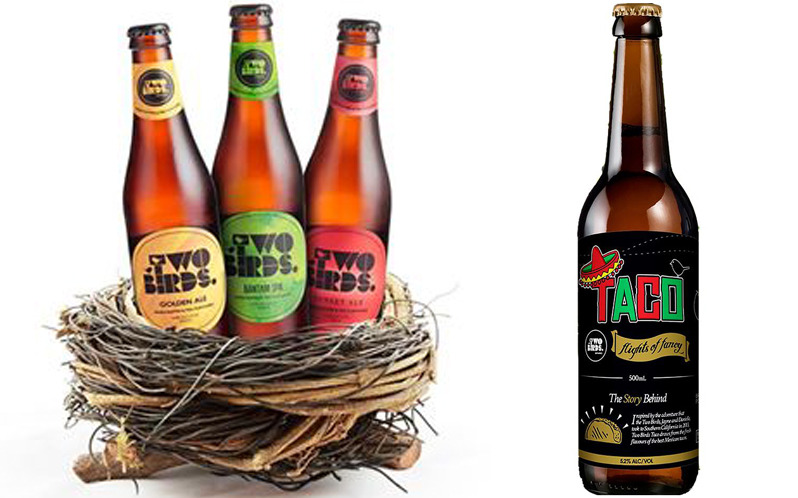 Launched back in 2011, The Golden Ale is the first Two Birds creation, and pretty much typifies Lewis’ brewing ethos of "balance and approachability”. It’s an easy drinking craft ale with wide appeal, combining two kinds of hops, Summer and Motueka, which give this honeyed ale its spice and fruitiness.

The second Birds release, the red Sunset Ale is a full flavoured, malty affair, made with a combination of malts (pale, wheat and Crystal). The Sunset is round and rich with a tropical twist typical of the Birds’ beers, and manages the neat trick, like the Bantam, of being full-bodied without the usual attendant alcohol, weighing in at a very reasonable 4.6%.

The Taco started as an experimental brew, but soon proved popular enough to become a permanent part of the Two Birds line, picking up a couple of awards on the way. The Taco is a seriously refreshing beer, getting its distinctive zesty, dry finish from flaked corn, Amarillo hops, coriander leaf and lime peel, the kind of interesting, easy drinking beer that belies the work that goes into it (Lewis says the Taco is the most labour intensive to make).

Weighing in at 4.7%, Two Birds’ Indian Pale Ale is lighter than your regular IPA, which isn’t to say it’s lightweight: the Bantam is a balanced brew that’s full of character, exquisitely smooth with a fruity kick.

The Nest is located at 136 Hall Street, Spotswood, and is open Friday to Sunday. Two Birds run tours of The Nest each weekend, which include tasting of all the beers on tap (tours need to be booked in advance)

If you’d like some distinctive Australian craft beers at your next event or party get in touch.